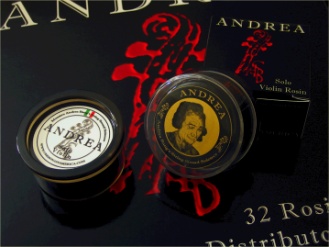 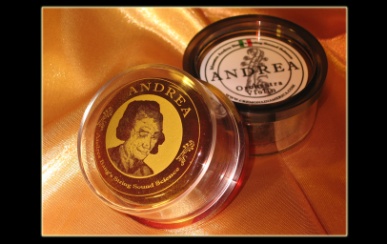 There are many rosins available on the market, but one of our favorites is Andrea Rosin. Andrea Rosin is available for violin, viola or cello in two styles – “Solo” and “Orchestra”. “Solo” rosin provides powerful, yet sensitive sound for the soloist. It enables maximized projection and extra clear bow articulation. “Orchestra” rosin is designed to provide a more blended sound for ensemble playing, without sacrificing clarity or articulation.

Then in 2011, a third product was introduced. Tartini "GREEN" was re-launched under a new name: "A Piacere." A Piacere has the exact same formula as the Tartini "GREEN," which provides the effortless bow control with even sound production.

For more information, here is a helpful link:

The major center for bowmaking outside of Paris was Mirecourt--a charming, small town situated about a 150 miles east of Paris.

Mirecourt is the home to a vast majority of master French violin and bow makers (Étienne Pajeot, Jean-Baptiste Vuillaume, Nicholas François Vuillaume, Dominque Peccatte, Eugène Sartory, Victor Fétique, Emile Auguste Ouchard, Bernard Ouchard). And it continued to hold a near monopoly in the trade well into the 20th century. To give you some perspective, in 1635 there were 43 luthiers in Mirecourt. By the 20th century, it is claimed that Mirecourt produced more than 80,000 instruments p.a.!!

If you are ever in Mirecourt, visit the Musée de la Lutherie—the Museum of French Violin and Bowmaking. In addition to its great historical and instructive displays (like how to make a violin or a bow), you’ll see what has to be one of the largest cellos in the world!

Of course, no trip to Mirecourt would be complete without a trip to a local luthier to try out some bows!

We found ourselves some beautiful bows, but we’ll be heading back to Mirecourt, as one of the premier Mirecourt bowmakers was out of town when we were there. When we get our hands on one of her creations, we will let you know!